Montessori education does not end with the preschool experience. It continues into the child’s elementary and often adolescent years.
As the elementary child moves away from concrete learning pathways of  preschool to more abstract ones, Montessori meets their developmental needs each step of the way. Dr. Montessori said, “the successive levels of education must conform to the successive personalities of the child”.

Cosmic Education is the theme of study in the Second Plane of Development. The child of this age is seeking further independence and is ready to move into a wider society to explore its functioning. Montessori elementary education does not give the child a collection of trivial facts but rather bestows a vision of interrelated knowledge and a love for learning. The curriculum is presented keeping in mind the child who now has a vivid imagination and a reasoning mind. Wonder is intrinsic to her learning.

The potential of the intellect at this age is truly immense. The children have a need for work, to do real tasks and big projects. The Montessori elementary environment balances the child’s developing imagination and powers of abstraction with down-to-earth, concrete hands – on materials. 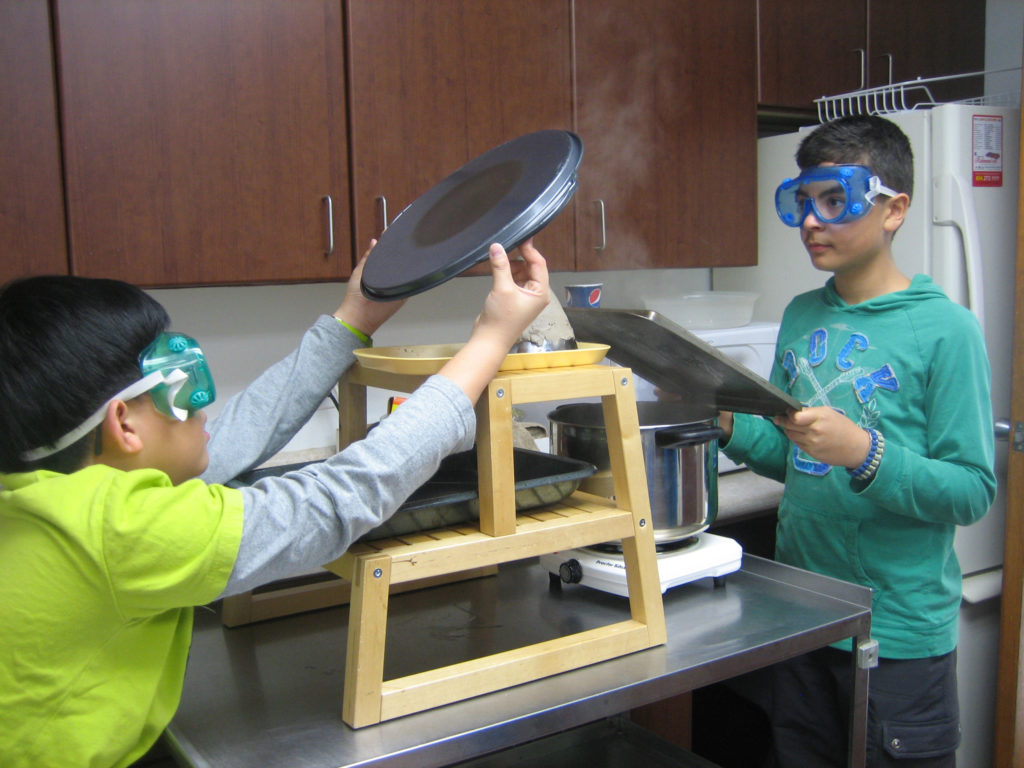 The child is given a vision of the whole universe and the law and order that exists in nature and life around them through the five Great Lessons. The parts of the whole are then presented through ‘key lessons’ in Geography, Biology, History, Language, Mathematics, Geometry, Music, Art and Physical Education. All subjects are intertwined & interrelated; the basis of Cosmic Education.

The child in the 6-9 class is introduced to the entire world and the universe. They are shown the drama of the universe and human beings. These key lessons then open the doors for further exploration of the behavior of biological and physical elements. In the 9-12 class the knowledge is deepened with further exploration that is based on their own understanding as well as applying it with greater depth and personal emotion. In contrast to a grade – level classroom where the child has one year to cover certain learning objectives, the Montessori elementary class provides flexibility over three years. Areas that do not attract the child’s interest one year may hold fascination the next year. 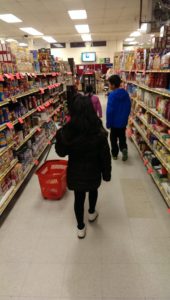 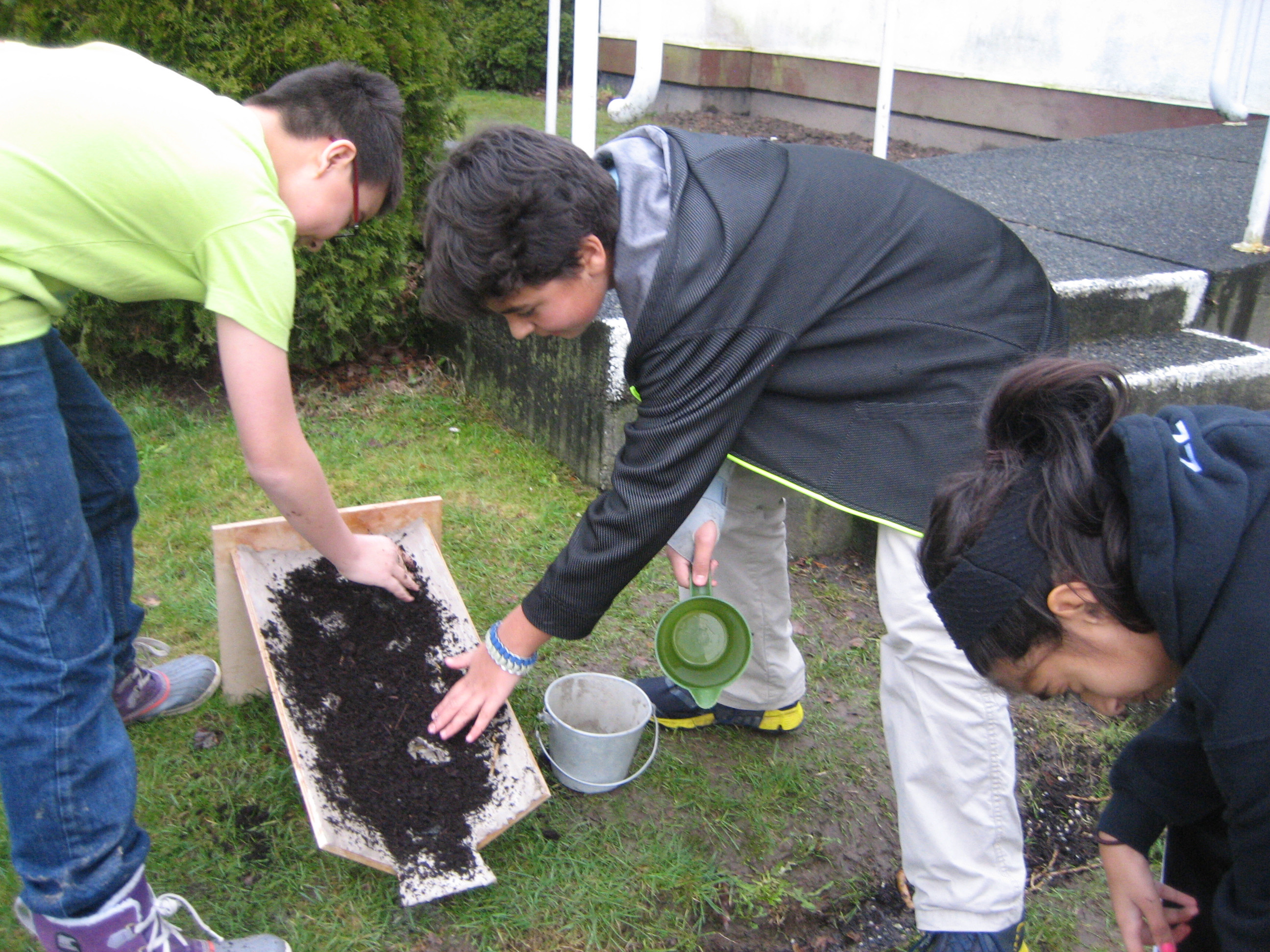 Because no classroom can contain the answers to all the child’s questions, ‘going out’ is a response to the need to explore beyond the classroom. To foster responsibility and independence, ‘going out’ is arranged by the children in their community. They need to see and partake in society as it functions around them.

Children are shown the grandeur of human beings through activities that they have carried out and the heights to which humans can reach in service of others. We touch their innate sensitivity towards compassion, justice, and idealism. We call on the spirit of the child as a cosmic agent for peace – the ambassador of peace.

THURSDAY, Sept. 28 2006 (HealthDay News) — A Montessori education creates solid citizens who perform, academically, at least as well as — and sometimes better than — their public school counterparts. That’s the conclusion of a new study involving inner-city children that is published in the Sept. 29 issue of Science.

“Montessori school children were more likely to be involved in a positive shared play situation, and they performed at least as well as, and sometimes better than, children in public schools,” said study author Angeline Lillard, a psychology professor at the University of Virginia who has written a book on the Montessori teaching method, Montessori: The Science behind the Genius.

Lillard and study co-author Nicole Else-Quest studied 59 inner-city Milwaukee Montessori school children who were selected by a random lottery process to attend the school. The researchers then compared the Montessori students with a group of children who had lost the lottery and were enrolled in traditional schools. Forty of these children attended inner-city public schools, and 13 attended either suburban public, private-voucher, or charter schools.

The researchers looked specifically at 5- and 12-year-old students, and found that both age groups in the Montessori school were significantly less likely to be involved with ambiguous rough play — such as wrestling without smiling or laughing, for example — than children at the traditional schools. The 12-year-old Montessori children also responded much more positively to questions like “people at my school care about each other.” And they felt more positive about school and their peers, and about their school as a community.

In addition, all the Montessori children responded to social problems in a positive, assertive way, Lillard said. Take the example of a child cutting in front of another child in line. The Montessori-trained children were “more willing to confront positively compared with the public school children who were more likely to ignore it or engage in retaliatory behavior,” she said.

When tested on academics, the Montessori 5-year-olds scored better on early reading and math than did their counterparts, and the 12-year-olds did as well as the traditional school children.

Montessori education is characterized by multi-age classrooms, a special set of educational materials, student-chosen work in long time blocks, a collaborative environment with student mentors, no grades and tests, and individual and small group instruction in academic and social skills. More than 5,000 schools in the United States, including 300 public schools, use the Montessori method, according to background material for the study.

But the Milwaukee school system may be unique because it has had public Montessori since 1970s. “As a public system, it’s cost-effective. Much of what Montessori teachers do is what special-ed teachers do,” Lillard said.

Richard Gallagher, director of the Parenting Institute at the New York University Child Study Center, said the small size of the study limits the scope of its conclusions. “I think it’s fair to describe this as a case study because [the research] looked at one school. It’s not good to generalize too much from the study,” he added.

Lillard noted that due to the lottery design of the study, “we can come close to believing that this is causal effect by an educational system.” She contended that Montessori training influenced the 5-year-olds in a wide range of ways, including giving them better executive control and social understanding. She noted their moral reasoning was more advanced and they performed better on early academic skills such as reading and math.

The research, Lillard added, “definitely suggests that Montessori should be looked at more closely when thinking of educational reform. Professors and researchers frequently come up with new programs to fix programs we have, but often these programs repeat aspects already in Montessori.”

Gallager isn’t so sure. From the study, it’s not known whether the classes were composed completely of children from the lottery, he said, or if only a small percent of the children in each class were lottery children. “If that were the case, then the composition of the overall class may have been very different. And that would have great bearing on the outcomes,” he said.

“There’s a possibility that Montessori education works better than traditional education, but classroom composition has to be considered before we can come to a definitive conclusion,” he said.